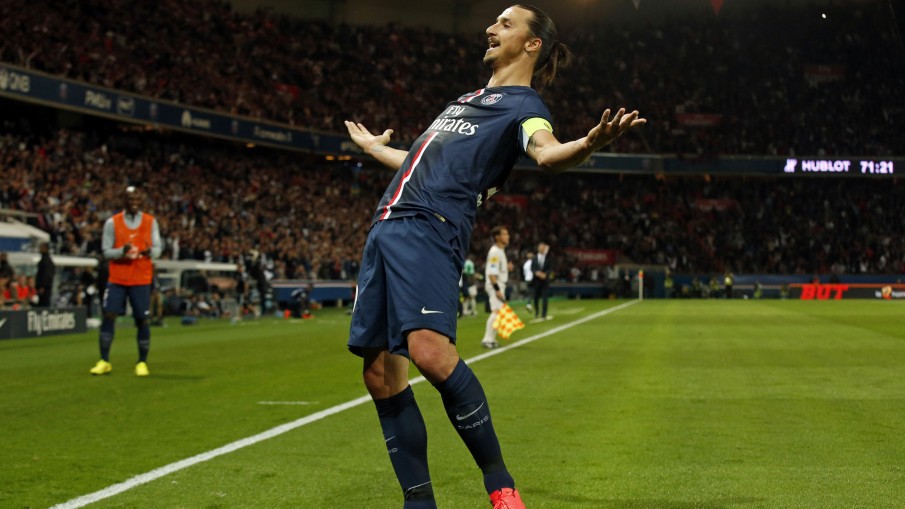 Zlatan Ibrahimović scored his 100th goal—via a penalty kick—for Paris Saint-Germain last night in a 4-1 demolition of AS Saint-Étienne at the Parc de Princes. But the Swedish striker wasn’t satisfied with hitting the century mark, going on to dominate the Coupe de la Ligue semifinal game with an outstanding performance that saw him score a hat-trick.

For the second goal of the three (his 101th for PSG), Zlatan ran onto a pass, rounded onrushing Saint-Étienne goalkeeper Stéphane Ruffier and tucked the ball into the net neatly. Class.