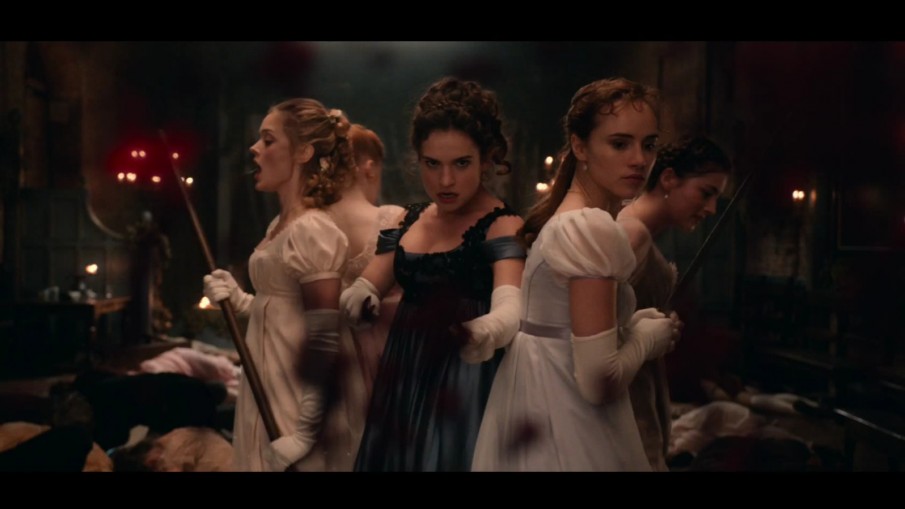 This is not the Jane Austen you read in secondary school.

The first trailer for the movie adaptation of Seth Grahame-Smith’s 2009 parody novel, Pride and Prejudice and Zombies, itself a remix of Jane Austen’s 19th century classic, Pride and Prejudice, has arrived. Starring a predominantly English cast, the inter-class romance of Britain’s Regency era meets martial arts, guns and, of course, the undead in the Burr Steers-directed movie. A curious mix, no doubt, but we’re loving it.

Pride and Prejudice and Zombies opens worldwide on February 5, 2016.