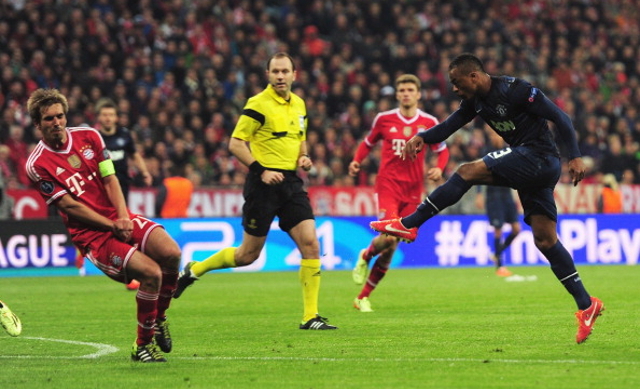 57 minutes into the battle with Bayern Munich, Patrice Evra gave Manchester United fans something to hang onto.

On a night when hopes were sky-high (perhaps a little foolishly), Manchester United failed to pull off a miracle at Bayern Munich’s Allianz Arena home and were bundled out of the Champions League.

WHAT WERE YOU EXPECTING, GUYS?!

Still, French defender Patrice Evra’s rocket strike from the edge of the 18-yard box in the 57th minute will not be forgotten very quickly. Nevermind that barely a minute later, Munich dangerman Mario Mandžukić outjumped Evra to equalise for the hosts. The first of three goals. Three goals in 17 minutes. But about that rocket strike…

Ryan Giggs’ 23 Years At Manchester United In One Epic GIF