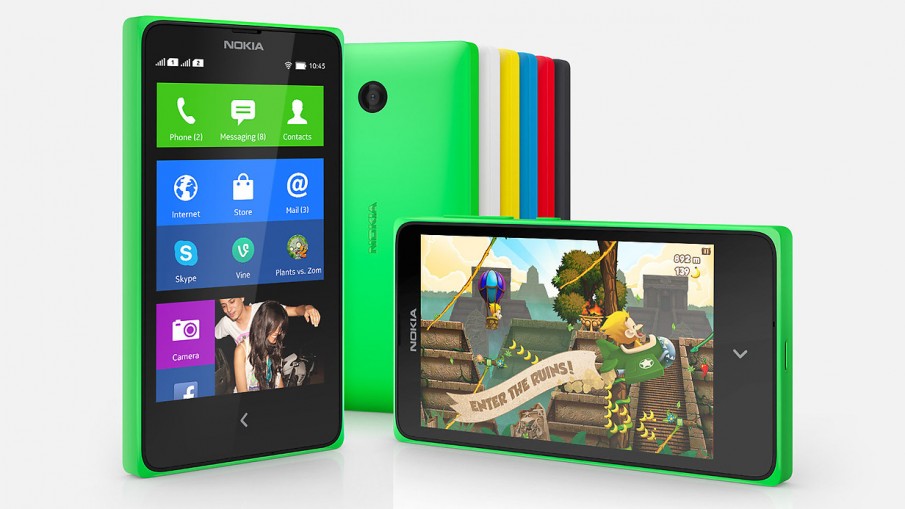 The new Nokia X Android phone could be a dream come true or your worst nightmare.

When a floundering Nokia swore its allegiance to Microsoft’s Windows Phone platform in 2010, there was a lot of sceptism as to the wisdom behind the Finnish company’s decision. Almost four years later, that sceptism seems to be justified considering that Windows Phone is still a distant third behind its competitors—Google’s Android and Apple’s iOS—in nearly every respect. With developers busy creating apps for those other more ubiquitous mobile operating systems, the Windows Phone app store isn’t growing fast enough to convince anyone to give the OS a shot. And while sales of Nokia’s colourful Lumia smartphones have been strong for quite a while, a recent decline could be a sign of worse things to come.

Because Nokia has a history of outselling all other phone manufacturers in emerging markets, it is only sensible for it to consistently create devices tailored to the needs (and pockets) of consumers in those places. Taking cues from its highly successful Asha range, Nokia elected to launch three devices—the Nokia X, X+ and XL—in Africa, Asia and the Middle East. All illegimate children of the Android Open Source Project (AOSP), the new Nokia phones run a version of Android so heavily skinned that it looks more like Windows Phone than a Google baby. You can forget about having access to Android Play and other Google services as Nokia was careful to replace them with Microsoft’s equivalents where possible.  And with good reason: Microsoft is in the process of buying Nokia’s phone business for $7.2 billion. The hardware end of things is classic Nokia: durable, colourful and chunky; with the irritation of sub-par cameras, average processors, limited onboard storage and screens that are anything but impressive.

So should you buy the Nokia X? We’ll let you decide based on the conclusions from a variety of first impressions and reviews of the phone from five top technology websites.

“The Nokia X is a surprising bit of hardware, if you can put aside top-tier smartphone expectations and take it for what it is.” — TechCrunch

“…the Nokia X is a well constructed smartphone that has a straightforward UI, a nice display and integration with Microsoft’s services, Nokia’s Maps and Music services, as well as a lot more apps than Windows Phones currently have.”  — UnleashThePhones

“Even though everyone had great expectations with Nokia’s first Android smartphone, it turned out to be a dud, performance-wise as well as UI wise. It lacks access to Google Play Store and its hardware is unimpressive. Based on the price and performance, no one should be buying this.” — Gearburn

“The Nokia X is most exciting because of its Android software. However, it’s the design and hardware we like most here, as the limited app support and potentially niggly software need a bit of time to develop.” — TrustedReviews

“The Nokia X just feels like an experimental project created by a team of determined engineers who wanted to see this phone on shelves. It has all the hallmarks of Nokia’s approach with the N9: a phone that felt like it was released merely because of the amount of effort that went into developing it.” — The Verge

Get started with GTCrea8
GIST
Opinions
YOU ARE READING

Should You Buy The Nokia X?