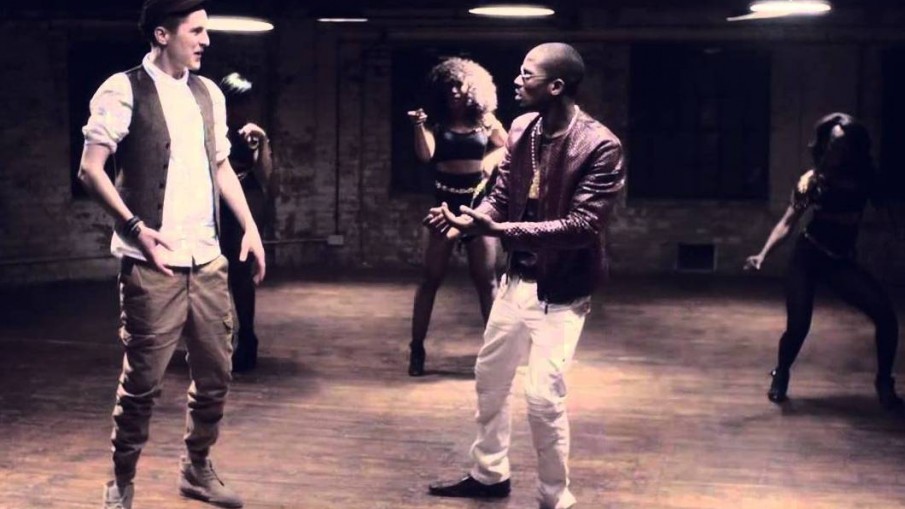 We count down the marquee act’s top 5 most remarkable music videos, beginning with the colourful visual for 2006′s Why Me.

9 years (and several nicknames) have passed since D’banj first insinuated himself in the ears of Nigerians via his debut album, No Long Thing, setting off a new wave of dance sounds now known as Afrobeats. Eja Nla (or Banger Lee), as he prefers to be called these days, has since gone on to become a record label owner and Nigeria’s biggest music export in decades, rocking stages from Lagos to London. We count down the marquee act’s top 5 most remarkable music videos, beginning with the colourful visual for 2006′s Why Me.

The hit single from D’banj’s 2006 17-track sophomore album, RunDown Funk U Up, needed a music video to match its trippy instrumentals, and the Mo’Hits family turned out in full force, super-ridiculous Denrele Edun in tow, for an award-winning comedic performance.

Prime nominee for a Best Use of Flashing Lights video awards category, the visual for D’banj’s biggest club jam since Oliver Twist took the party to a dark, menacing forest. A Wizkid cameo and the phenomenal CEO Dancers make this a rave for the eyeballs.

From the limo in Nigeria’s national colours ferrying D’banj and Don Jazzy across the streets of Beverly Hills, to featured artiste Snoop Dogg’s knockoff Nigerian passport, this music video was all about the details. Almost five minutes of glitzy class.

#MusicMondays: Chidinma’s Latest Visual Is A Blast Of Fresh Air