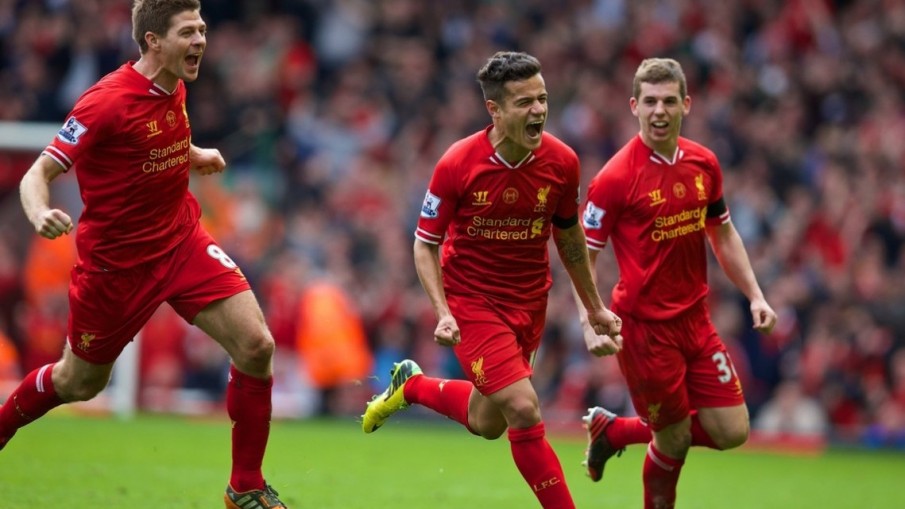 That Coutinho goal, on repeat. Glory.

With their win over Manchester City in Sunday’s five-goal thriller, the English Premier League title is now Liverpool’s to lose. Thanks to goals from Raheem Sterling and Martin Skrtel, the hosts were comfortably ahead in a first half that saw City playmaker Yaya Touré limp off injured. City clawed their way back into the game in the second half via a David Silva strike and a Glen Johnson own goal, but Brazilian midfielder Philippe Coutinho’s 78th-minute stunner edged the game in Liverpool’s favour. Liverpool now sit on top of the Premier League table two points ahead of their closest rival, Chelsea FC. Relive the action below.

Weekend Action: Watch All The Goals From Liverpool vs Manchester City Again