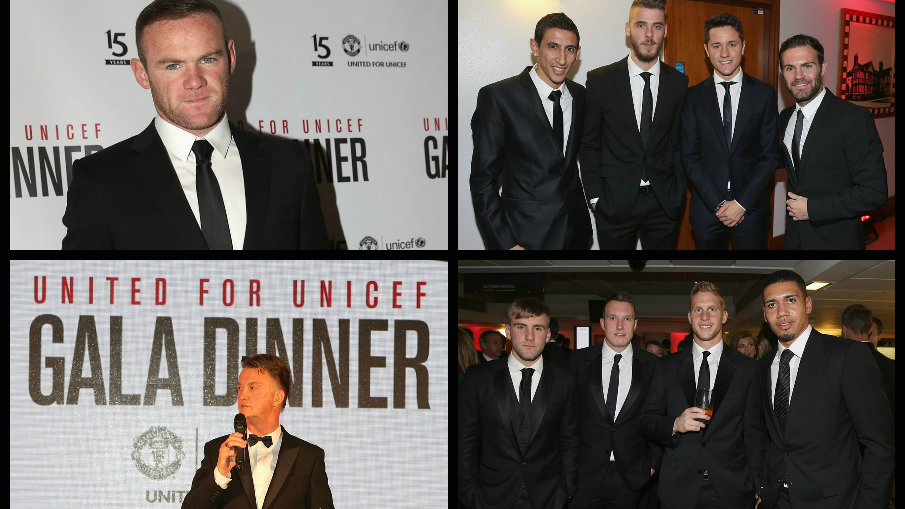 “Kids, this is what happens when you don’t make it to the Champions League.”

Attending a charity event, that’s what.

While Liverpool was trying to restore its injured pride in Spain, the Manchester United first team, led by manager Louis van Gaal, were at the United for UNICEF Gala Dinner at Old Trafford. On a Champions League night.

At least it was for a good cause. And the team helped raise £210,000 for the well-being of children around the world.

Still, we’re guessing that United won’t fail to qualify for the competition next year.

Rewind: Watch Highlights Of Brazil v Nigeria At The U-17 World Cup