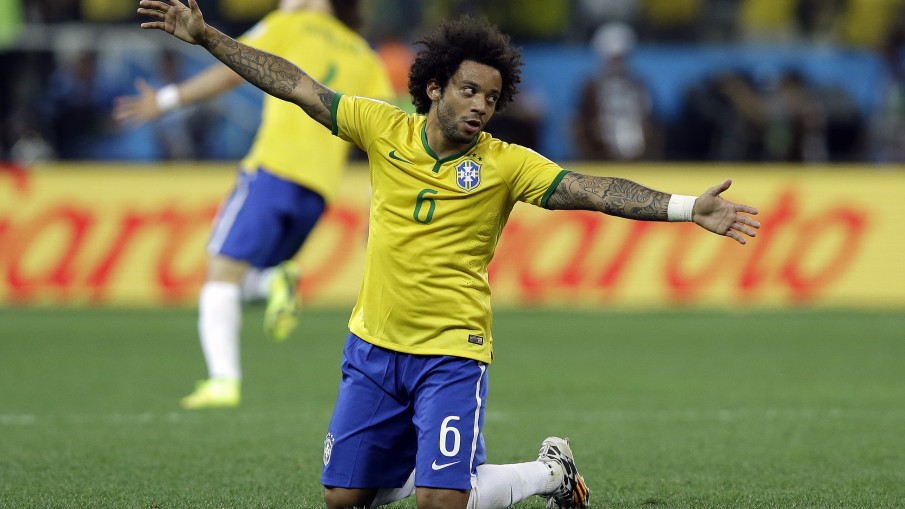 When Brazilian defender Marcelo put the ball into his own net during last night’s World Cup opener between the hosts and Croatia, a number of the more venomous denizens of Twitter exploded in anger, directing all that vitriol at the wrong person— an Italian model dude whose Twitter handle is unfortunately @Marcello. It’s funny that none of those whose fingers were so quick to fly across keyboards didn’t think to check out Marcello’s profile picture and bio (even his handle: double l) before spewing hate. Talk about a stupid case of mistaken identity.

Some of the less offensive tweets are below along with Marcello’s surprisingly cool responses.

I hope you die. @Marcello

To all those hurling abuse at me for scoring an own goal, please re-direct your anger to @12MarceloV. Thank you

So when does the World Cup finish?

"@Marcello: So when does the World Cup finish?" For me, when you die.

Football fans not English graduates… “@kangaroo_jaack: Worried about the literacy levels of all the people tweeting abuse to @Marcello”

All joking aside, it's a football GAME! When is @Twitter going to finally wake up and take action against online trolling?!

And just in case Robin van Persie doesn’t deliver for the Netherlands today, his Twitter handle isn’t @rvp. Now you know what not to do.

#WorldCupFever: Wrong Marcelo Attacked On Twitter Over Brazil Own Goal

This Is The Most Insane Three-Wheeler Ever