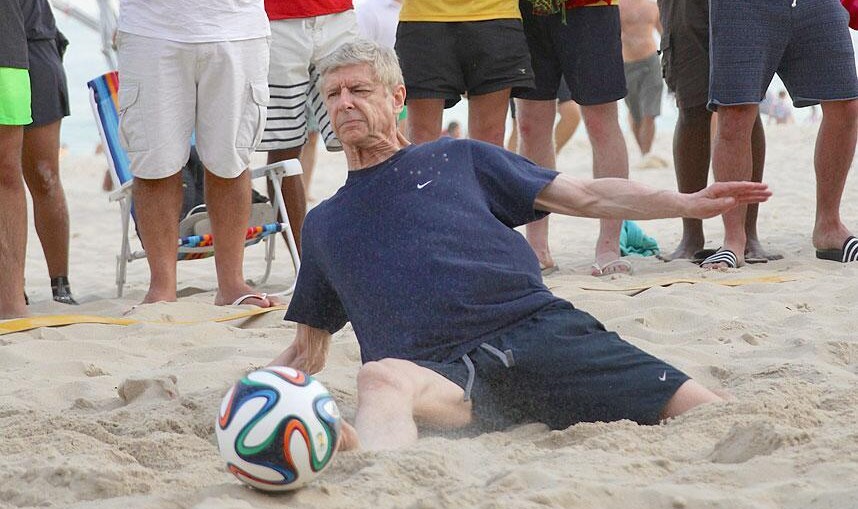 In Brazil to watch the ongoing FIFA World Cup (and maybe sign a few players while he’s at it), Arsenal FC manager Arsène Wenger was recently seen playing footvolley (a hybrid of beach volleyball and football) on a Rio beach with former French football stars Christian Karambu and Bixente Lizarazu. He even does a flying header like former Arsenal striker Robin van Persie. Photo and video below.

Rewind: Watch Every Death In The First Three Seasons Of ‘Game Of Thrones’

#GetTheJuice: Was Kcee Ever Married?