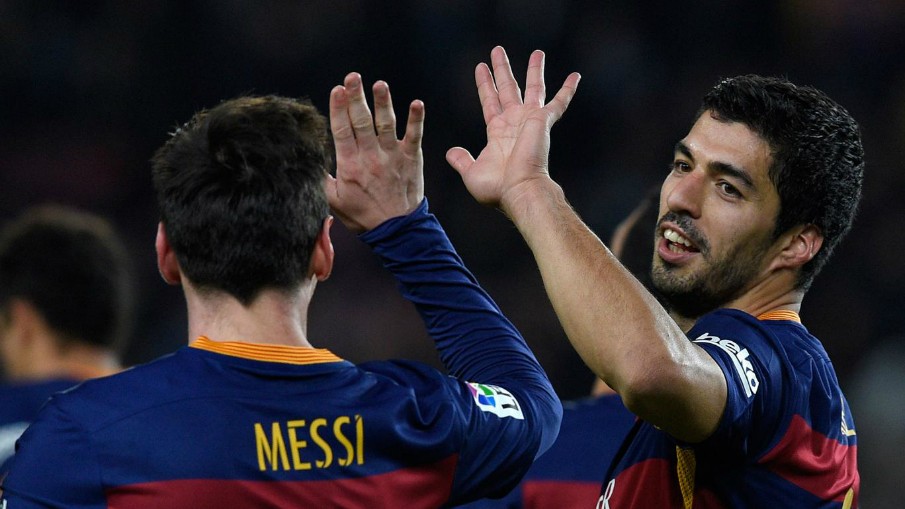 Barcelona brushed a mediocre Valencia team aside and compounded rookie manager Gary Neville’s woes last night at the Camp Nou in a Copa del Rey semifinal first leg tie in which Luis Suárez found the net four times and Messi scored a hat-trick to take his career total to a remarkable 501. Watch all the goals from the game below.

Fun fact: The last time Barcelona scored seven goals in one game with one player scoring four goals and another scoring three was September 23, 1956 against Atlético Madrid. Coincidentally, four goals were scored by another Luis Suárez, Luis Suárez Miramontes, the only Spanish winner of the Ballon d’Or. Uncanny.

Rewind: Watch All Seven Goals From Barcelona’s Demolition Of Valencia