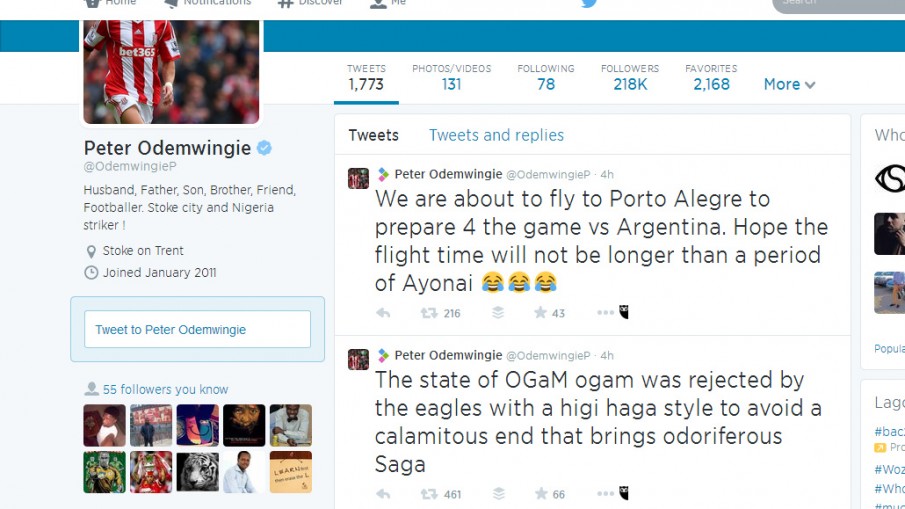 WTH do these mean?!

One look at these two tweets from Super Eagles striker Osaze Odemwingie and it’s instantly obvious that he’s following in this man’s footsteps. Ludicrous.