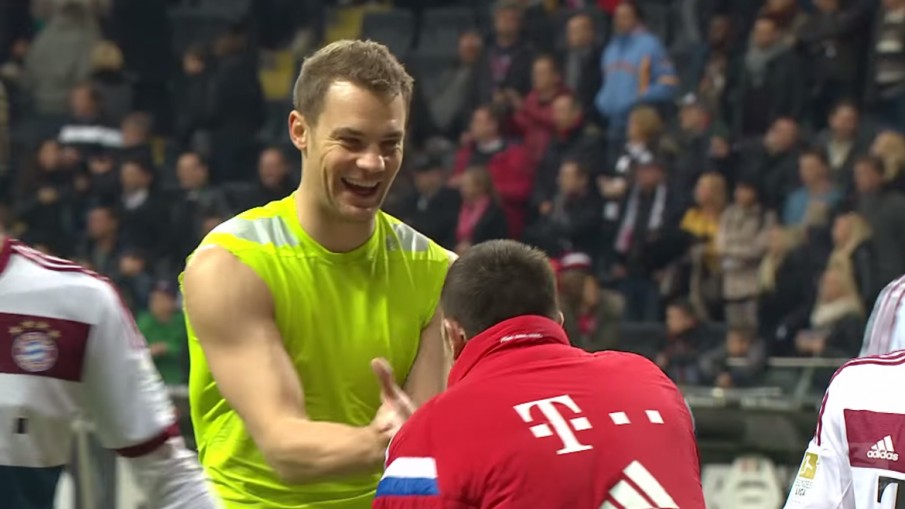 He deserves a free role.

When he’s not making remarkable saves, Bayern Munich’s superstar goalkeeper Manuel Neuer is either dribbling opponents or pulling off other outfield moves such as this ridiculously cool backheel pass from Bayern’s 4—0 victory over Eintracht Frankfurt on Saturday. Even Gareth Bale, Neuer’s fellow Ballon d’Or nominee, was impressed enough to tweet about it.

Check out the surreal pass below.