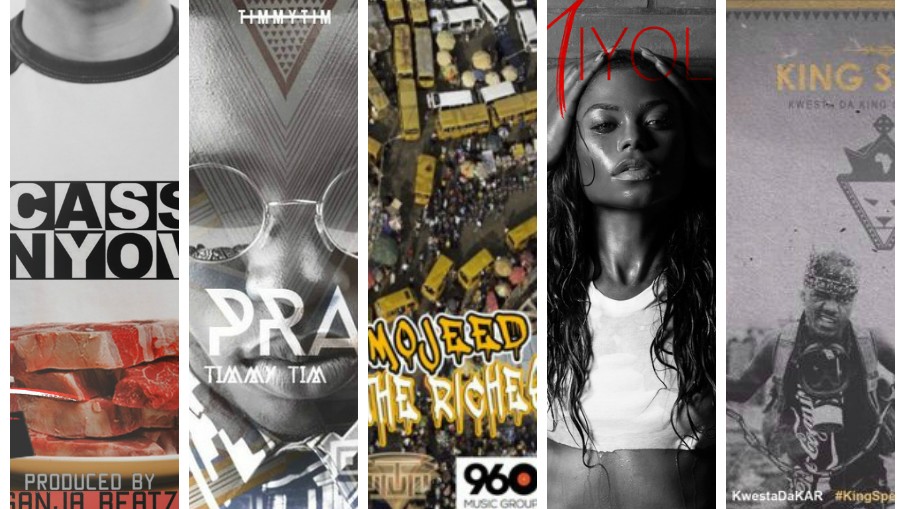 Blazing up and comers, mainstream heavy hitters and the ones pacing restlessly in-between. We’ve rounded up five tracks featuring some of Africa’s hottest rappers right now. You need these sounds in your life.

Barely 20, Kenyan rapper Timmy Tim already owns the hip hop game in East Africa. On Pray, Tim quick-steps his way lyrically across a trap-influenced beat and Uneek—another Kenyan spitter to watch—keeps the tempo up with a verse of his own. Dope.

2. Mojeed — Road To The Riches

Aristokrat Records has a number of good artistes on its roster, but none excites like Mojeed right now. The climbing rapper preps his next EP with the super-chilled Road To The Riches.

Empire Mates Entertainment singer Niyola brings out a posse of rappers including Phyno and Ghanaian motormouth Sarkodie for a wordy remix of her sweet love ballad. Lynxxx should have sat this one out.

Six minutes of real, irreverent lyricism, Kwesta’s King Speech is what happens when a very talented rapper becomes self-aware on a phenomenal level. This South African rapper knows who he’s royalty, we do as well. Hail.

Out Of Africa: Five Hip Hop Songs You Must Download Today

Download Of The Week #2: DJ Spicey Unleashes A Super-Chilled Jam