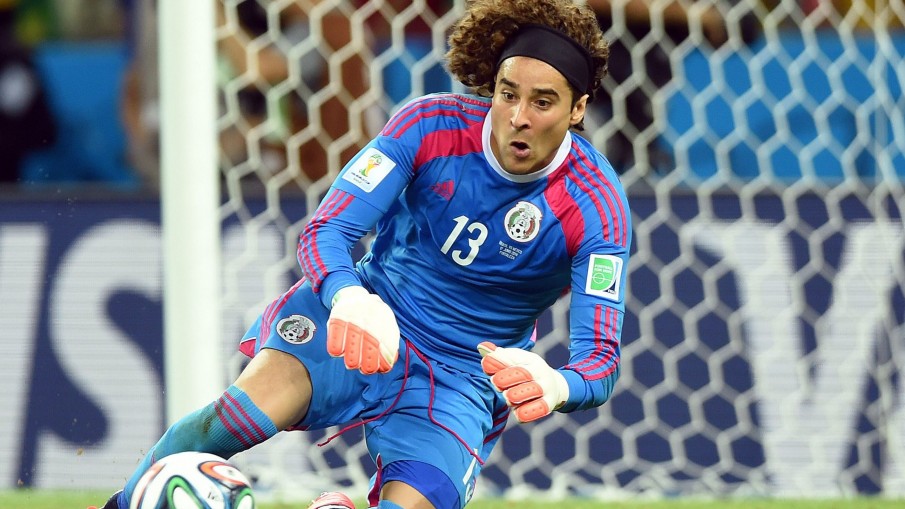 To think he’s currently out of contract.

Mexican goalkeeper Guillermo ‘Memo’ Ochoa singlehandedly (sometimes with both hands) held Brazil to a goalless draw yesterday in his team’s Group A thriller with the World Cup hosts. Memo’s phenomenal performance included pulling six high-quality saves off attempts from Neymar, Paulinho and Thiago Silva. A record-setting show, as the tweet below points out.

Currently out of contract, Memo will no doubt get several offers from Europe’s top clubs before the tournament ends.

Right on time to keep Neymar’s header out.

And he denies Thiago Silva at point-blank range. Epic.