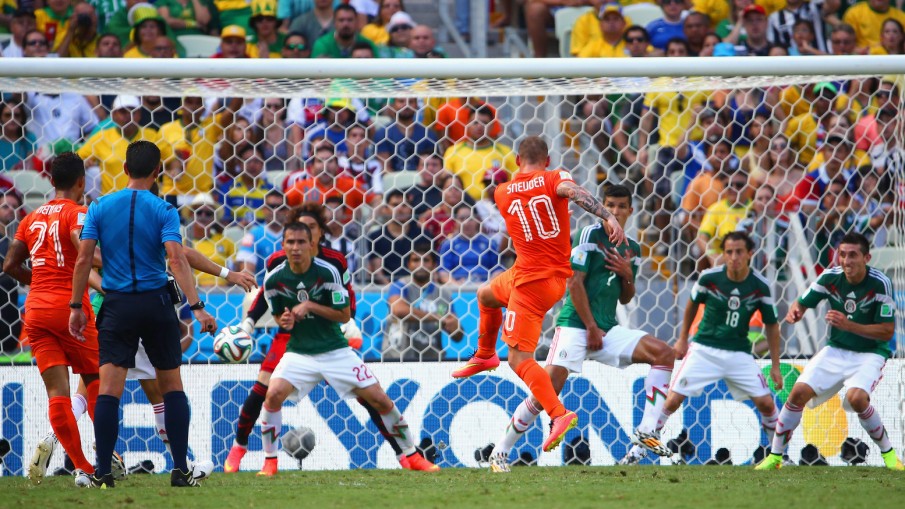 On a busy night in Amsterdam that saw the rematch of the Netherlands vs Mexico cracker from the 2014 World Cup round of 16 swing 3-2 in Mexico’s favour, Carlos Vela played his first game for Mexico in three years and popped two goals, Real Madrid loanee Chicharito rounded Tim Krul, Huntelaar missed the easiest of goals and Daley Blind scored this scorcher, but it was World Cup star Wesley Sneijder’s wonder goal that stood out. He didn’t think too much, just ‘dressed’ the ball once and unleashed the rocket off his right foot. Remarkable as his reflexes are, Mexican goalkeeper Guillermo Ochoa had no chance.

Quite like his goal against Mexico at the Brazil 2014 World Cup.