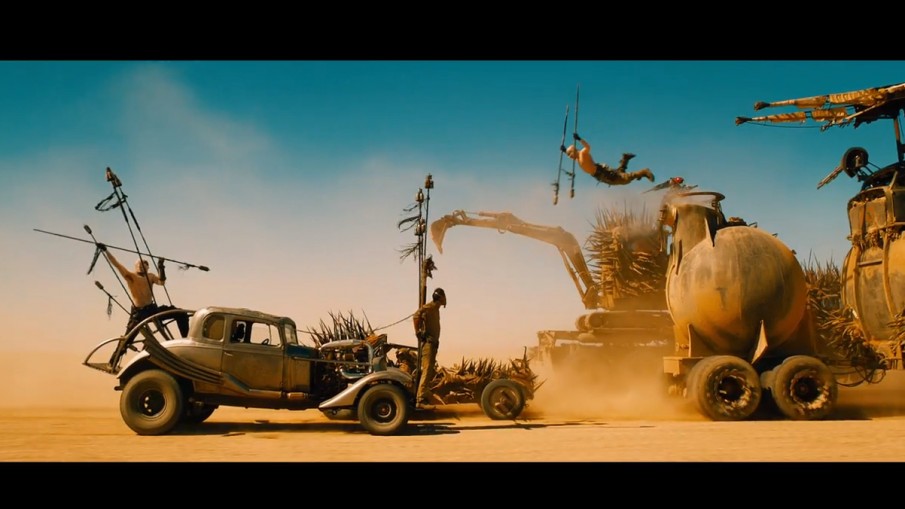 “Out here, everything hurts.”

It’s the future, and everyone has gone insane. Basically, that’s the premise the plot of Mad Max: Fury Road is hinged upon. Set in a post-apocalyptic world (real life Namibia) like all three previous films in director George Miller’s Mad Max franchise, Fury Road appears to be a cinematic celebration of mindless violence on a planet without hope. Tom Hardy replaces Mel Gibson as the title character, Max Rockatansky, and he’s joined by South African actress Charlize Theron and X-Men star Nicholas Hoult in starring roles. The madness will arrive in cinemas on May 15, 2015.

This Week In Epic Trailers: ‘Jupiter Ascending’ Is Big, Loud And Incredible