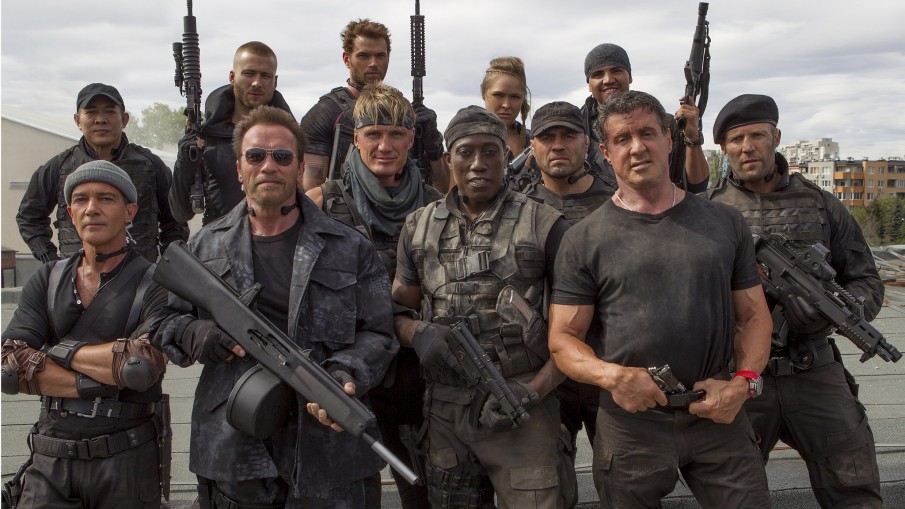 This is too much action for one movie, honestly.

The Expendables 3 won’t start showing till August 15, but former James Bond actor Pierce Brosnan and ex-pro wrestler Hulk Hogan have already confirmed their roles in the fourth installment of the franchise. That’s how big The Expendables has grown since 2010 when the first film blew away cinema audiences with its over-the-top action.

In the forthcoming movie, action stars Sylvester Stallone, Dolph Lungren, Jason Statham, Jet Li and Arnold Schwarzenneger reprise their roles from The Expendables 2, joined by more action stars including Antonio Banderas, Wesley Snipes, Harrison Ford, and Mel Gibson. There’s also a former world champion boxer and a female judoka in the mix. A lot of action for one movie, if you ask us. Watch the huge trailer below, keeping an eye out for one particularly insane motorcycle stunt around the 1:48 mark.