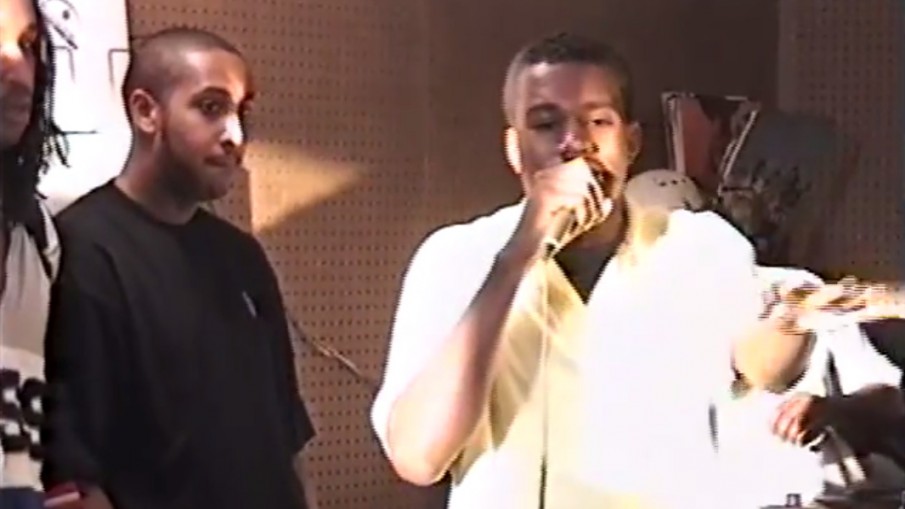 Eight years before his debut album, The College Dropout, was released, rapper, producer, self-styled global icon and interrupter of speech(es) Kanye West was a relatively unknown but clearly talented young man. In this video from 1996, Kanye can be seen (and heard) spitting pretty solid bars at the opening of a record store in the city of New York. He’s come a long way since then, winning twenty-one Grammy Awards along the way, because he had the courage to crea8. Start something.

#WorldCupFever: This Fun Video Got Two People Arrested In Iran