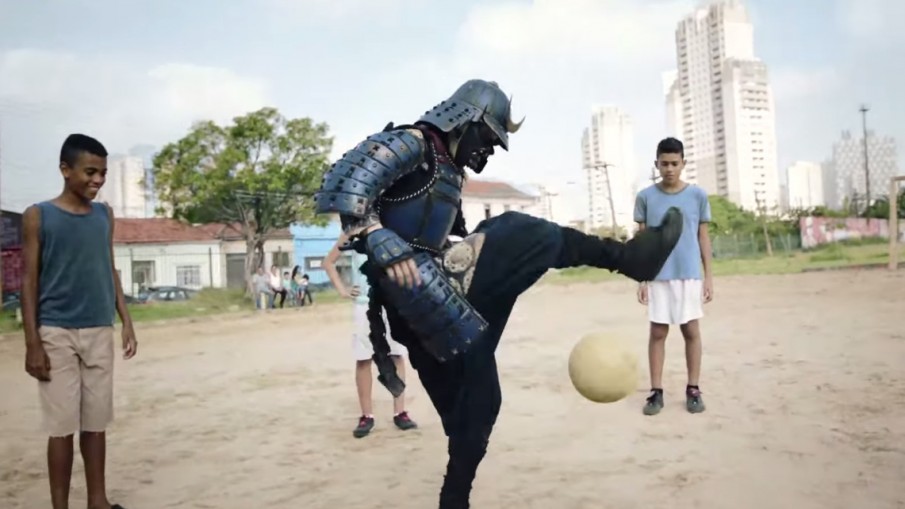 Totally on another level.

From Nissin—Japan’s version of the Indomie brand—comes Samurai In Brazil, an awesome video ad in anticipation of the 2014 FIFA World Cup™ kicking off tomorrow in Brazil. The roughly two-minute clip features the titular samurai showing off incredible ball juggling skills on the streets of Brazil while passers-by stop and stare. It’ll be nice to see some of this moves recreated during an actual game of football.